This is just a test piece to try out the idea. 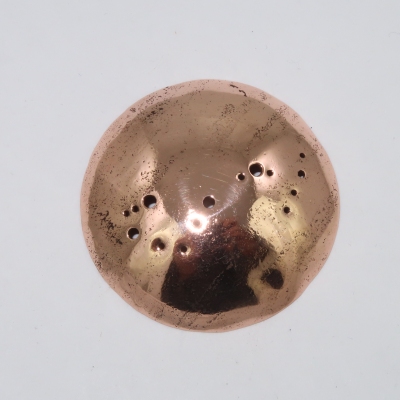 What you see is a domed disc of copper with the Scorpio constellation picked out with holes.  The diameters very roughly correspond to the brightness of the stars.  It was made using some copper scrap from an old water tank, which had some corrosion hence the tiny black dots.  They wouldn’t be there in a silver version.  It’s just under 45mm in diameter.

Another option would be to have silver or gold beads instead of the holes. Having the stars in yellow gold, except Antares in red gold, would give a nod to astronomy, though the colours may not be discernible at that size.